True Love Is Alive & Well In The Land!

True Love Is Alive & Well In The Land!

Last Saturday, our Great Officiant Pris Munson presided over the “spiritual wedding” of Jim & Kat deep in the Topanga Canyon, at the horticultural haven known as The Mountain Mermaid.

With guests having come from all over the world — from Tokyo, Shangahi, Singapore, Australia, Germany and the US — to witness and revel in the celebration of their mystical union, an energy of inclusion, enchantment, artistry and nature was undeniably palpable.

What made this wedding particularly unique, was that moments into the ceremony, the bride nearly fainted from the combination of excitement, heat, being several months into the pregnancy of their first child.

So as the bride and groom were quickly seated, it became visually apparent to all that Jim & Kat were a gorgeous “King and Queen,” being anointed by the sentiments and concepts that had been so carefully chosen to honor themselves and their marriage.

His best man and their good friend, bestowed a musical blessing upon them, from below the grassy landing on which they were seated.

And when it came time for each to share their secret personal vows, we all received the gift of their declarations in such an intimate way, as if witnessing their exchange in the privacy of their own home garden.

And to top it off, hummingbirds and butterflies flitted by, and peacocks echoed their wholehearted congratulations with their raucous songs right at the perfect times throughout the ceremony.

There was indeed, an air of magic afoot, synchronicities abound, and true love alive and well in the land! 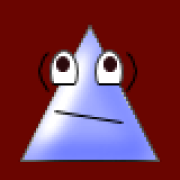